Does the Koran contain historical errors?

Jesus-Islam » The Koran » Does the Koran contain historical errors?

The Koran contains several stories that contradict the Biblical stories and historical facts. Here is a simple list for comparison:

Contradictions between the prophet Moses and Mohammed

Contradictions between Mohammed and other known historical facts 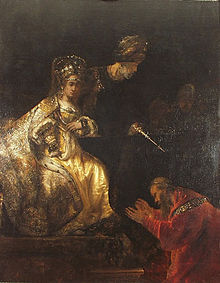 Haman begs for mercy before Esther

This is the evidence. What is your verdict?

These are in conflict, not only with the Bible, but with undeniable facts of history. They are clear evidence that the Koran was not inspired by the God who spoke through Jesus in the Injil and who said, “The scripture cannot be broken.” God’s word cannot contradict itself. God’s word can never be contradicted by God’s world. They must agree. If not, one of them is wrong. Proven historical facts such as the date when Christ, and therefore Mary lived, are beyond dispute. The fact that Haman was a name unknown in the days of Rameses II, but is Babylonian dates Haman far later than the Koran. These are unmistakable errors of fact. They undermine and invalidate the claim that the Koran is the word of God.