What about the supposed historical evidence denying the death of Jesus?

Jesus-Islam » His death » What about the supposed historical evidence denying the death of Jesus?

Most Muslims deny the crucifixion of Jesus.

There can only be one of two possible reasons for this denial:

The denial of the crucifixion of Christ, based on all the evidence of both Biblical and non-Biblical data from the time shows that, without doubt, this second reason is the basis of their assertion that Jesus did not die on the cross.

There are Muslims who claim that there is much historical evidence supporting their position. Consider, for example, the following quotation:

“There are also several historical sources other than the Bible and the Koran that confirm that many of the early Christians did not believe in the death of Christ on the cross … The disciples of Cerinthus and later those of Basil, for example, who were among the first Christian communities, denied that Christ was crucified … The disciples of Carpocrates, another primitive Christian sect, believed that it was not Jesus who had been crucified, but another in his place …”

In order to destroy the “myth” of the crucifixion of Jesus, the authors appeal to “historical sources” coming from the “first Christian communities”. The implication being that these groups being close to the events in time, they must have real and historical proof if they deny the crucifixion of Jesus. They are represented as the true believers with the original story. They are pictured as fighting against a new heresy. Which one? That of the Christians who followed the teaching of Paul. These true Christians, it is argued, were standing against the new, false doctrines like that of the Trinity and the divinity of Jesus.

To be able to judge the merits of these assertions, we need to know who these groups are, what they believed, and why they denied the crucifixion. Then we will evaluate whether they are of any use in the debate.

The disciples of Basil

Basil taught at Alexandria in Egypt, between 125 and 150 AD. The historians of the primitive Church (Irenaeus, Hippolytus and Clement) differ in the exact content of his teachings, but it appears to be part of what is called Gnosticism. His disciples spread his doctrine after his death.

Irenaeus tells us that the disciples of Basil believed in a supreme God called Abraxas, who ruled over 365 different heavens. Each heaven was directed according to the orders of the angels, hierarchically, the last rank being the one who created the earth. The God of the Jews was for them one of those inferior angels who created the earth. The gods of other nations (like the Moabites or the Ammonites) were also angels of his rank, whose opposing interests caused battles between them and their followers. Over time, these angels and their faithful became corrupt and lost their celestial knowledge of origin (The word ‘gnosis’ in Greek, is translated as knowledge in English).

To rectify the situation, Abraxas sent his Son, the Christ, who united with the man Jesus to teach this lost knowledge to humanity. The God of the Jews was, of course, upset when he heard this, and being incapable of arresting Christ, he mounted his people against Jesus, and killed them.

This denial of the death of Christ, was therefore not from a group of people with a clearer understanding of God. It was certainly not from a group whose teachings were nearer that of Islam. 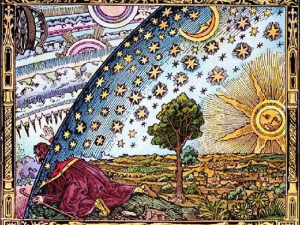 These disciples were a primitive group following the teachings of Cerinthus, one of the first Gnostic teachers of the second half of the first century. Irenaeus and Jerome say that the apostle John wrote his Gospel partly to refute Cerinthus and his heresy.

Once again, Cerinthian beliefs are unacceptable to Christians and Muslims. He said that the Creator was not the supreme God, but a power ignorant and inferior to God. The divine Christ was sent according to him by the supreme God, and united himself to the man Jesus, who himself was not born of a virgin, but born of an ordinary sexual relation. In fact, Cerinthus believed in the crucifixion and resurrection of Jesus, but he simply said that the divine Christ left Jesus before these events, leaving man alone.

The disciples of Carpocrates

Carpocrates was an Alexandrian gnostic from the beginning of the second century. The second epistle of Peter and also that of Jude in the Injil, were written against the first forms of his heresy. Carpocrates also denied that the Creator was the supreme God and denied the virgin birth. Jesus is represented simply as a man endowed with special knowledge. He rose up among his contemporaries and attained a unique position, that of Christ. This led Carpocrates to suggest that anyone who attains sufficient knowledge could also attain this level of spirituality as Christ. Many of their beliefs are uncertain, but Irenaeus says they believed in a form of reincarnation, they wanted to escape from their bodies by any means. They were led into a variety of experiences which were even against the laws of society. Though their founder was not guilty of great immorality, his principles led his disciples in this direction. The son of Carpocrates, Epiphanes, said that God must have mocked Israel when he commanded him not to covet his neighbor’s wife, for it was God who, he believed, gave to humans the desire to have multiple sexual partners.

We must not deny the importance of this short historical overview. First, none of these groups explicitly denied that Jesus was crucified. Some believed He had been, but said that only the man Jesus had been crucified and not the Christ. Jesus the man and the Christ were totally separate parts of who he was for them. Others said that a man was quickly exchanged with Jesus just before the crucifixion. In any case, what is clear is that their assertions were not based on historical facts but on a false philosophy and their presuppositions about other teachings. They had to adjust the story of the death and resurrection because it was in collision with what they believed about other things. They rejected the crucifixion and resurrection simply because they disliked them because of their conception of Matter.

Moreover, their conception of the world was such that Christians and Muslims rejected it entirely.

Here are some of their main beliefs:

All these ideas were not unique to each Group, but they give an idea of ​​the thought of these Gnostics. They were not “Christians” at all, but followed their own ideas about a “Christ” that has no historical or biblical foundation.

Imagine if I called myself a Muslim and followed God in my own way without relying on the Koran. Surely, that would be unacceptable. So, the opinion of the Gnostics on crucifixion is frankly of little value. Their beliefs have little connection with history or Christianity. They are interesting, but are of little use to honest Muslims who want to refute the crucifixion with sound evidence.

Ironically the belief of Basil’s disciples about the exchange between Jesus and another man can be a source of the same idea found in the Koran.

This fascinating writing is seen by many Muslims as the preservation of a true and original account of the life of Jesus. Unfortunately, few have actually read it. The following quotation gives us the account of this “Gospel” about the crucifixion:

“… The wonderful God works in such a wonderful way that Judas experienced such a change of voice and face to appear like Jesus that we … The soldiers took Judas and bound him, not without making fun of him. For he denied being Jesus … So they led him to the Mount of Calvary … and they crucified him naked …”

This clearly supports the interpretation of the Koranic verse (Sura 4: 157) that another man was crucified in the place of Christ . And this would be a strong argument if this “Gospel” had any historical authenticity. Unfortunately, it is nothing but a medieval fraud, whose historical, geographical, linguistic and other errors make reading it a source of humour rather than serious historical information. The reader should consult the many criticisms that this writing has received. It seems that it was written by a European monk who would have converted to Islam and who obviously did not yet know his own religion well. He wanted, however, to do something to defend his new faith. Some of his most obvious mistakes are listed below:

In this article I have referred to the the sources used by some Muslims who deny the crucifixion of Jesus. All of them proved to be false or late or unreliable and therefore worthless for debate. Having considered the statements against the crucifixion, it is now appropriate for a serious researcher to consider the evidence given by historians at the period close to that of Christ.  What did the non-Christian authors record who had no interest in lying on his crucifixion?