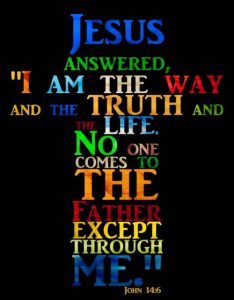 Was Jesus the last prophet to Israel only?

To defend the idea that Muhammad is the Khātim an-Nabīyīn, that is, the seal or signet ring of the prophets, Muslims have to do everything they can to reject the universal declaration of exclusively being the only route to knowing  God. He could not have said it more plainly than when He answered a question asking how the disciples could know the way. He said, “I am the way, the truth, and the life. No one comes to the Father except through Me.”  (John 14: 6)

The best way Muslims can undermine this claim is, of course, to limit Him to the position of being the last prophet of Israel alone. In saying this they deprive His words of their importance to the rest of humanity. Assertions such as, “I was sent only to the lost sheep of the house of Israel.” Matthew 15:24 and Matthew 10: 5-6 are often cited in support of this claim by Muslims.

What did Jesus say?

Of course there are enough passages in the Bible that speak of the universal ministry of Christ. For example, Jesus said, “I am the light of the world“, not merely of the Jews (John 8:12). In what is commonly called “The Great Commission,” he instructed his disciples “to make disciples of all nations” (Matthew 28: 19-20). In another passage, hearing of the faith of the centurion, Jesus said, “Verily I say unto you, even in Israel have I not found such great faith. And I say unto you, that many shall come from the east and from the west, and sit at the table with Abraham, Isaac, and Jacob in the kingdom of heaven“(Matthew 8: 10-12).

It is true, Jesus was sent to the lost sheep of the house of Israel, but that was not the sum total of His mission. He spoke to a woman of Samaria, and she and a whole town believed that Jesus was the promised Messiah. He also sent His disciples into the whole world. One of the earliest believers was an African, a Chancellor originally from Ethiopia. He also blessed a number of people who were Greeks as he visited Tyre and Sidon.

It is a very simple task to show that this argument, that Jesus was exclusively the final prophet of Israel, is simply not true, and has been invented to try and support the equally unsustainable statement that Mohammed is the seal or signet ring of the prophets.