What is the opinion of many Muslim scholars on the death of Jesus?

Jesus-Islam » The Koran » What is the opinion of many Muslim scholars on the death of Jesus?

Let us see how Muslim scholars explain the verses in the Koran which speak of the time around the crucifixion: 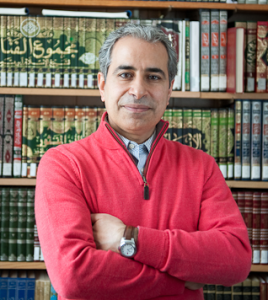 Souleimane Ali Mourad is a Doctor and Professor of Islamic History and Comparative Religions, Smith College, USA. In a documentary made by the French TV group  Arte entitled, “JESUS ​​AND ISLAM” Episode 1: Crucifixion according to the Koran, Souleiman concludes: « The Koran admits that Jesus died in this world. But it takes issue with those who say, “Jesus died and therefore God suffered a defeat”. What I am trying to demonstrate is that the Koran is opposed to that belief. Yes, Jesus died, but he is risen (he is alive); So, in this sens, it cannot be said that he is dead.»

Fakhroddin ar-Razi was one of the famous Muslim theologians of Shafiite rite. Belonging to the Sunni school of Islam, he taught Muslim theology and philosophy, and wrote a number of books, including The Great Commentary on the Koran (Tafsir, also known as The Keys to the Invisible).

Concerning the expression “it appeared to them so” in Sura 4:157, Ar-Razi comments in his book Exegesis of Ar-Razi [Tafsir], Part 3, page 350:

“If it is permissible to say that God Almighty has given someone else the likeness of a person, this is an open door to confusion and uncertainty. It is as if seeing Zaïd (a certain person), it might not be Zaïd, rather the resemblance of Zaïd may actually be someone else!!! If a man marries Fatima, he can not marry Fatima, since the likeness of Fatima could be put on Khadija, therefore he would marry Khadija, thinking she is Fatima.”

“If it is permissible to put the resemblance of a person on another person, then neither marriage, nor divorce, nor possession would be certain. Everything would be doubtful.”

Here is the quotation in its original Arabic

Thus Imam Al-Razi rejects the fact that the expression “it appeared to them to be so” means that a man, that was made by God to appear to be the exact double of Jesus, was crucified in his place.

In addition, commenting on Surah Al-Imran 3:55, Imam Al-Razi said: “Ibn Abbas and Mohammed Ibn Ishak said: The meaning of” You reminded me “is” I let die “.

Al-Syouty, another Muslim scholar explained that Sura 3:55 refers to the death of Jesus, and a true death. He wrote in his book Al-Itqan (Perfection) Volume 1, page 116: “To raise you to Myself means to cause your death. ”

Ibn Kathir (1301-1373) is a Shafiite scholar, an Arab Muslim traditionalist and a historian. He was one of the pupils of the theologian Ibn Taymiyya, a sinior scholar in the Salaf doctrine. The Koranic commentary (Tafsir) of Ibn Kathir, which is strongly based on tradition, is considered by Muslims as one of the most important works of its kind.

Ibn Kathir writes in his exegesis on the Koran (tafsir al-Qur’an) that there are two different views on Surah 3:55 among Muslim scholars and one of them says that Jesus did die a physical death.

Ibn Kathir said: “Reported by Ali ibn Abi Talha after Ibn Abbas: the meaning of “lifting up to you” is “causing your death.”

He also said, “Reported by Muhammad ibn Ishak after Wahb: “Allah let him die for three hours and then raised him from the dead.””

He also said, “Reported by Ibn Ishak: “Christians claim that God let him die for seven hours and then raised him from the dead.””

He also said, “By Ishak ibn Bashr after Idriss, reported by Wahb: “Allah let him die for three days and then raised him from the dead.””

Though Arabic is my mother tongue, and although I have read the Koran through on several occasions, I do not pretend to be an expert in the interpretation of the Koran. Nevertheless, I have tried to show that not all Muslim scholars deny the death of Jesus. The Koran gives us little information on what really happened. The verses discussed above raise many questions. Thus, there is a great diversity about what Muslim scholars say about the death of Christ. Some deny it, explaining that it was a sleep or a coma. Others accept it, but differ over the duration of his death: three hours, seven hours, three days. For the one who is searching for truth, it is important to have an open mind and to go to other sources in addition to the Koran.

This will tend to make a person’s comments serious on this vital subject.

I have endeavoured to show the difficulty Muslim scholars have on the issue of the death of Christ. It’s significance cannot be lost in the interaction between Christians and Muslims. The Torah and the Old Testament makes clear that the promised Messiah would come specifically to die a death that was both a substitution for sinners and a sacrifice for sin. The Injil, the New Testament, describes that death and explains in fuller detail why the Messiah suffered and what His suffering and death accomplished.

The Prophet David who wrote 1000 years before Jesus’ birth describes the scene of the promised Messiah’s death. The prophet Isaiah who lived over 700 years before the Messiah’s birth explained the reason for His death.

Click here to read it: Psalm 22 by the prophet David

Click here to read it: Isaiah 53 by the prophet Isaiah